“Exploding Abstraction” (April 15-June 1, 2022). Abstraction in painting has been around since the early 20th century, when artists as diverse as Georgia O’Keeffe, Wassily Kandinsky, and Robert Delaunay explored subject matter with few objective references to the real world. Since the heyday of Abstract Expressionism in the United States, in the mid-1940s to mid-1950s, gestural abstraction has proved especially enduring among contemporary artists, who have inherited and expanded upon techniques explored decades ago—staining, automatism, spontaneous brushwork, and mixed media. The six artists featured in this show—Paul Pascarella, Timothy Nero, Marcia Oliver, Greta Young, Brian Shields, and Paul Behnke—have all forged a language that follows in the footsteps of the mid-century AbEx pioneers, like Jackson Pollock, Willem de Kooning, and Joan Mitchell. Sometimes the references in the work are obvious, as in Brian Shields’s lyrical explorations of the northern New Mexico landscape, or Greta Young’s hapless bits and pieces of struggling humanity. Other painters in the show, like Marcia Oliver and Paul Behnke, have established a nonobjective vocabulary relying for emotional impact on pure form and color. All the artists have developed highly individual approaches, proving that even within the narrow 75-mile corridor between Santa Fe and Taos, NM, a diversity of voices is thrillingly possibly.

In tandem with “Exploding Abstraction,” critic Karen Wilkin, who is the author of numerous monographs about American artists and curator of retrospectives for Hans Hofmann and Pat Passlof (among others), will give an illustrated lecture on the origins of gestural abstraction.

“Taos Draws!” (June 5-August 10) The late, great, often cantankerous art critic Robert Hughes more than once bemoaned the apparent decline in standards for draftsmanship.  “In the 45 years that I’ve been writing criticism there has been a tragic depreciation in the traditional skills of painting and drawing, the nuts and bolts of the profession,” he told members of London’s Royal Academy of Art in 2004. He added, almost paradoxically, that “drawing never dies, it holds on by the skin of its teeth, because the hunger it satisfies—the desire for an active, investigative, manually vivid relation with the things we see and yearn to know about—is apparently immortal….”

If Hughes had visited Taos he might have changed his mind about the vigor and variety of contemporary drawings that originate within just a few square miles. Artists are pursuing this age-old medium and redefining the rules, often using the most time-honored mediums: charcoal, pen and ink, chalk, and graphite. And the subjects are all over the map: from the late Gendron Jensen’s meditations on animal bones to Christine Taylor Pattens miniature evocations of the cosmos to Marc Baseman’s unforgettably dysfunctional tableaux to Michelle Cooke’s breathtaking renderings of Taos horizons. “Taos Draws!” affords a glimpse into the richness of the draftsmen (and women!) working here today. 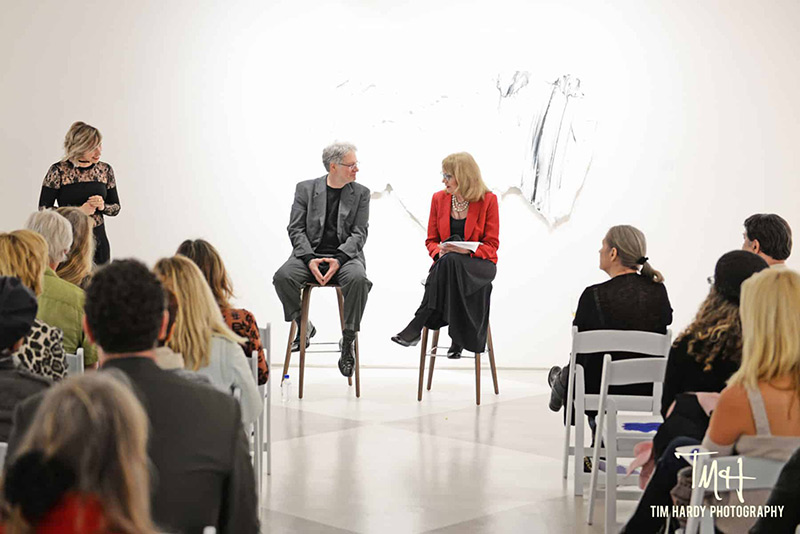